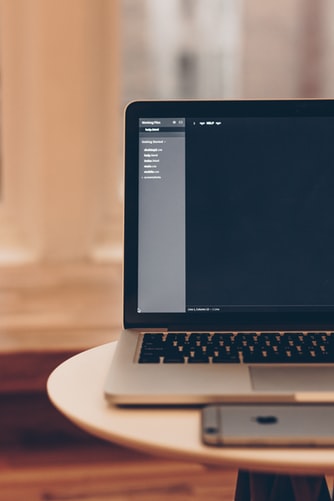 The Not-Com Bubble Is Popping

It is easy to look at today’s crop of sinking IPOs—like Uber, Lyft, and Peloton—or scuttled public offerings, like We Work, and see an eerie resemblance to the dot-com bubble that popped in 2000.

Let’s first understand what exactly that bubble was: a mania of stock speculation, in which ordinary investors—from taxi drivers to Laundromat owners to shoe-shiners—bid up the price of internet-related companies for no good reason other than “because, internet.” Companies realized that they could boost their stock price by simply adding the prefix e- (as in “e-Bay”) or the suffix com (as in Amazon.com) to their corporate names to entice, and arguably fool, nonprofessionals. “Americans could hardly run an errand without picking up a stock tip,” The New York Times reported in its postmortem.

As prices became untethered from reality, the Nasdaq index doubled in value between 1999 and 2000 without “any plausible candidate for fundamental news to support such a large revaluation,” as the economists J. Bradford DeLong and Konstantin Magin wrote in a paper on the bubble. The crash was equally swift and arbitrary. Between February 2000 and February 2002, the NASDAQ lost three-quarters of its value “again without substantial negative fundamental news,” DeLong and Magin wrote. By late 2000, more than $5 trillion in wealth had been wiped out. This sudden rise and sudden collapse in asset prices—without much change in information about the underlying assets—is the very definition of a bubble.

The current situation is different, in at least two important ways.

[Derek Thompson: The millennial urban lifestyle is about to get more expensive]

When the web browser Netscape went public on August 9, 1995—the day many cite as the beginning of the dot-com bubble—its stock skyrocketed from $28 to $75 in a matter of hours, even though the company wasn’t profitable. In today’s market, the opposite is happening: Unicorns with no positive earnings are getting slaughtered at the gates. WeWork’s valuation fell more than 80 percent pre-IPO when investors balked at its mounting losses. Peloton, Lyft, and Uber have also struggled to persuade public markets to grade them on a curve; all saw their stock prices fall on the day of the public offering. Institutions and retail investors are refusing to fork over to unicorns the valuations that private investors were expecting—particularly Softbank, a major backer of Uber, DoorDash, and WeWork.

This isn’t a picture of mass mania. It’s a picture of public sobriety, where the masses are diagnosing an acute fever in private markets.

Second, there is little sign of a crisis for firms whose main product is pure software.

Judging from the news, you might think this has been a terrible year for technology companies. But tech IPOs have been strong for the past two years, “as long as what you’re buying is actually a real tech company,” JP Morgan’s chair of market and investment strategy, Michael Cembalest, wrote in an October 7 research note. By “real tech,” Cembalest was referring to companies whose principal product is software, rather than, say, WeWork, which is in truth a real-estate company caught wearing an Actual Tech Company costume before Halloween.

You might not have heard about these “real tech” companies—like Zscaler, Anaplan, and Smartsheet—because they mostly sell business-to-business software or cloud services. But all of them are trading more than 100 percent above their listed IPO price. The problematic firms, Cemablest wrote, are those that aren’t pure tech. Either they sell hardware plus software (like the stationary-bike company Peloton) or they own a digital marketplace for humans to transact goods and services in the physical world, like Uber, Fiverr, and Lyft. All those companies are trading below their IPO price.

This underlines one of the quiet truisms of the state of technology in 2019: Consumer tech grabs most of the headlines. But enterprise tech, whose top clients are other businesses, grabs most of the profit. For example, everybody knows that Amazon is a dominant retailer. What they might not know is that Amazon now makes two-thirds of its profit from Amazon Web Services, its cloud-computing platform. (From an earnings standpoint, it is not too cheeky to say that Amazon is a data-storage provider with a secondary e-commerce division.) Meanwhile, Google’s cloud business is growing rapidly, and Microsoft’s cloud-computing product, Azure, has helped to make it the most valuable company in the world.

The problem with tech today isn’t so much that software failed to eat the world, but that the most celebrated unicorns weren’t actually software companies. They have struggled to achieve liftoff because their feet are stuck in the mud of the physical world—whether it’s labor costs for Uber and Lyft, or real-estate costs for WeWork. These upstart renegades are getting cut down in the public square, while enterprise-software companies are building profitable businesses by selling shovels at the gold rush—or cloud services at the consumer-tech fair.

What we’re seeing today isn’t a dot-com bubble. If anything, it’s a not-com bubble—a period of inflated expectations for companies that had no business being valued like pure tech companies in the first place.